Stories about People who use their Potential to change the World.

Aravrit: Liron Lavi Turkenich created a script for peace in the middle east 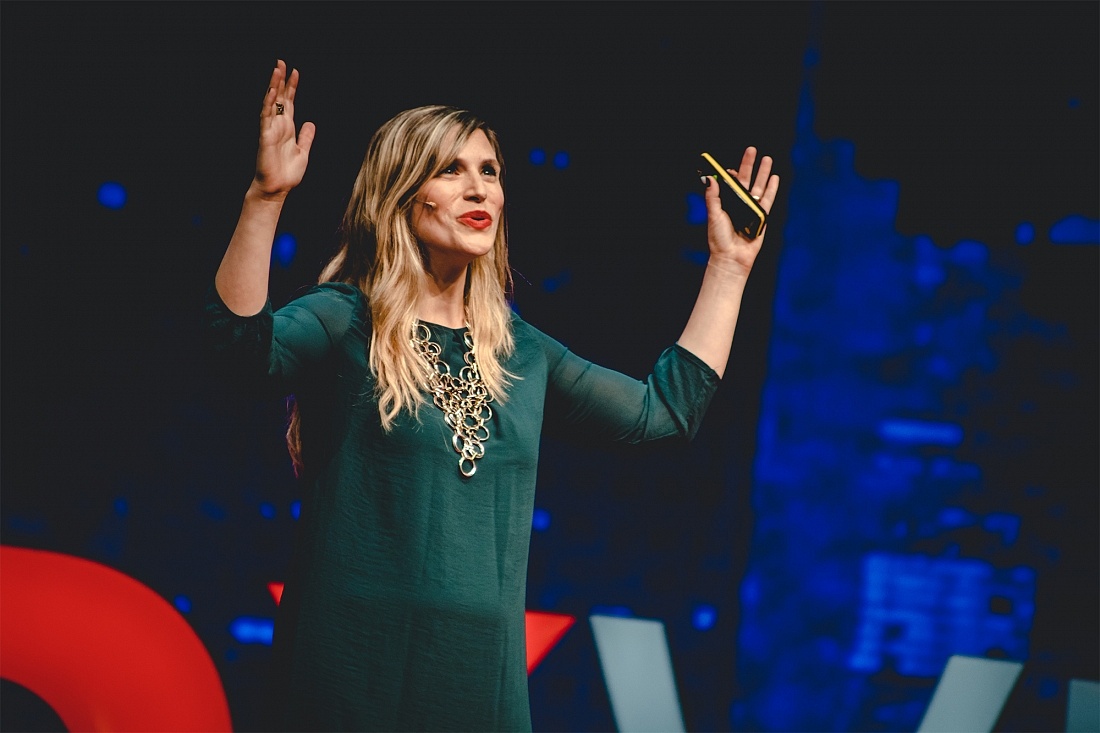 Liron Lavi Turkenich was driving on the streets of Haifa in the North of Israel when she found she ignored the Arabic messages on the street signs. As a typeface designer, she came up with the simple idea of combining Hebrew and Arabic into a new typeface called Aravrit. The project quickly became more than the simple combination of two scripts, it shows how redesigning everyday things can create something bigger than the sum of the parts. This interview was conducted during TEDxVienna 2018.

You grew up and live in Haifa, in the North of Israel. How present is the Israeli-Palestinian conflict in your life?

I think the conflict is so intertwined in our lives that we don’t even feel that it’s a conflict. We live our daily lives and it seems like people outside of Israel, hear about the conflict even more than us. Because you know, at the end of the day, you live your life, go to the supermarket and do your things. And we did have some incidents, some terror attacks in Haifa as well, just as in every other city in Israel. But generally, Haifa is a city of coexistence. There are many Arabic speaking neighbourhoods and Hebrew speaking neighbourhoods kind of side by side. The whole city is kind of a puzzlepiece.

Aravit means arabic and Ivrit means Hebrew. So it’s not just a hybrid of two scripts, but also a hybrid of the words in the name.

Where did you get the inspiration for the project?

The inspiration came from a moment where I saw a sign in Haifa. And all the signs in Israel have three languages on them, Hebrew, Arabic and English. I was looking at that sign, I remember I was driving and I was kind of shocked that I was actually ignoring the Arabic on the sign. I was looking at it like it was just decoration. And the reason for that is that I never learned Arabic. A lot of people in Israel learn Arabic, but I was in a middle school where they taught French. I just realised that I have been around this for so long and I don’t know it. I was ignoring it and I felt like I need to do something to force myself not to ignore it anymore. So Aravrit started as a little personal project. And then it began to resonate with people and it grew more and more.

A video about your project went viral. How did people react and how did it resonate with politicians?

I tried to analyse why this happened and for some reason it really touched people. I think we are so sick and tired of talking about the conflict and at the same time we are not talking about peace anymore. It is not on our agenda. It was when I was 10 years old and we drew doves and peace symbols all the time. But then peace processes kind of crumbled and we stopped talking about peace. And then this project came from something very daily, very effortless, you know, language, stuff we see all day. Like food and water. I think it touched people from that point of view. So it is not a politician saying: Please live together or some sort of message. I was kind of highlighting this situation making people not ignore whoever is living next to the them. I think that this dailyness is the reason people cared about it. And then this video kind of became viral and millions of people watched it. And then someone else did another viral video. And then it reached a larger audience which doesn’t even speak Hebrew or Arabic. And it kind of got to people.

What role does typography play in our daily lives?

The role of typography in the daily lives are enourmous. It’s one of the basic things that we do have. I consider it a part of our life like food and oxygen. It’s such a basic thing, that we don’t even notice that we do read letters and understand content. So even if I would tell you not to read something, you would read it. We view letters everyday, all day long and we read them and we get the content. I think the role is really enourmous. I think it’s also why part of why Aravrit works, because it highlights this normal, daily thing and actually uses it to convey a message.

Do you see any chance that Aravrit could become an official script for signs in Israel?

Well I didn’t intend to. At the moment I am kind of still exploring what can be done with it. I am at a stage where people still need to know about it and start a discussion. And then the ball can get rolling and see we will see what we can do with it. A lot of people are asking me if they can use it as a tool to teach Arabic for instance. And then I say that this is not the purpose. Because in order to learn a language or a script, you need to know it the way it should be first, the proper way. And then you can start playing with it, cutting it, putting it together with other scripts. It does serve as an incentive for people to learn Arabic or another language. Lots of Arabic teachers in Israel are using this. Like first lesson, showing kids what can be done with it and telling them, that at the end of the year they will be able to read both scripts. 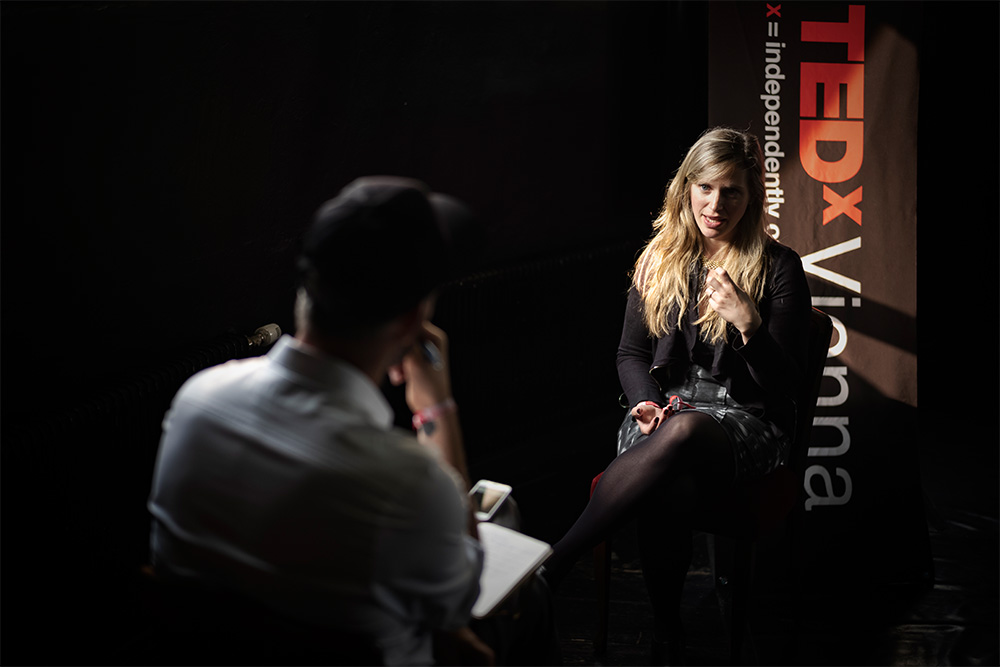 There’s no peace in sight at the moment and there haven’t been any serious peace negotiations between Israel and Palestine in years. What does it need to get peace?

This is a very big question. What I was highlighting are mainly the people who live next to us. Within Israel. Within our neighbourhood, within our cities. I think this is, where the change comes from. Again from daily encounters, going to the supermarket, finding someone. Again floating this to the surface and again making people less afraid of the other person that they don’t know. Their language and who they are. So Aravrit unites you in a unique way. Because you read something and another person reads the same thing and each one reads it in their own language, but both see that the other person is there, they can’t ignore each other. And perhaps I am much more optimistic than I was before this project started. I can tell you that I was avoiding to design the word peace. And I said that I don’t want to design it. For me it kind of doubles the message. The letters themselves represent peace. And by using daily words, the peace kind of shines through. But then, people started to create the word peace themselves. So there is a graffiti in Haifa that says the word peace and I haven’t designed it. So someone took inspiration. And this action of someone really making the effort in one step towards this holy peace that we all want, it was really moving to me. So maybe one day, I don’t know.

Is it just my feeling that the conflict between Israel and Palestine is way more political than it is for the people? I never had the feeling that any of the people I met wants conflict. Do you think that the political system creates conflict for whatever reason, but people could be brought together way more directly, as they are sick of this.

I think definitely. I think politicians need to make a big plan, they need to zoom out, they need to see where you’re moving the people, moving the country, where you move the borders. And we live our lives. A person is a person is a person. When people ask me what I think about the conflict, I need to pause and think for a minute. What do I think of the conflict? Obviously I don’t want it. But then we just live our lives and we don’t zoom out.

Is there any kind of protest movement going on with decisions like the one that Hebrew is going to be the only official language of Israel in the future?

There is always protests for these things. The government is elected, so there is a limit of what you can do, but of course there is protest. This particular example is again using the language as a symbol, saying that one language is not official any more of course says something bigger. That’s exactly what Aravrit is trying to do: say something bigger through language . This concept can be used both positive as well as negative.

What is your advice for people who want to become active?

I would try to look at things that seemingly clash – maybe they don’t really clash. And maybe the way that you connect them can create something new and kind of create a new message. SLike Aravrit, it doesn’t make sense if you think about it. But it does make sense. Because in this case, if you cut two things in half and then combine them again, you get something greater and something much bigger than the sum of the parts. So I would advise people to try not be afraid to try to connect things, break things, then redesign or rebuild them. And then see if this new hybrid creates something that’s worth mentioning and talking about later.

Manuel is a filmmaker and journalist from Vienna, Austria. At the moment, he mostly works on personal portraits about activists and social entrepreneurs. Manuel is a passionate photographer and loves travelling, guitars and authentic stories of interesting people. 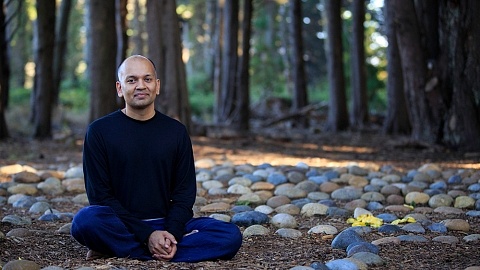 It was in the early 90s, when Nipun Mehta stood before a decision: to either become a tennis pro or...